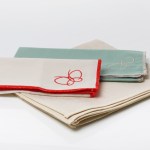 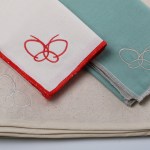 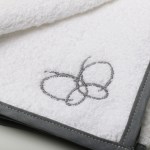 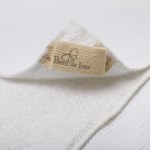 Incas have been crafting quipus (or khipus) made of fibres either from a protein, such as spun and plied thread like wool or hair from camelids such as alpacas, llamas, and camels, or from a cellulose like cotton for thousands of years. During the 15th century, textiles were the largest single industry, before the 15th-century textiles were produced only in a few towns.

Khipus are a series of knots along pieces of string. It was thought to have been only a method of accounting. Recently discovered evidence by Harvard professor Gary Urton indicates there may be more to the khipu than just numbers. Preservation of khipus found in museum and archive collections follow textile preservation principles and practice.

Various textiles have been used in our homes throughout history spanning thousands of years. From clothing to kitchen cloths, napkins and towels, there is a never ending list of uses for fabrics. Beau De Jour stocks quality hand picked towel and cotton products. The collection includes the beautiful Beau De Jour brand embroided on selected designer ranges. THE HOME OF DESIGN

The finest in taste, homeware, design and decor

THE HOME OF SENSES